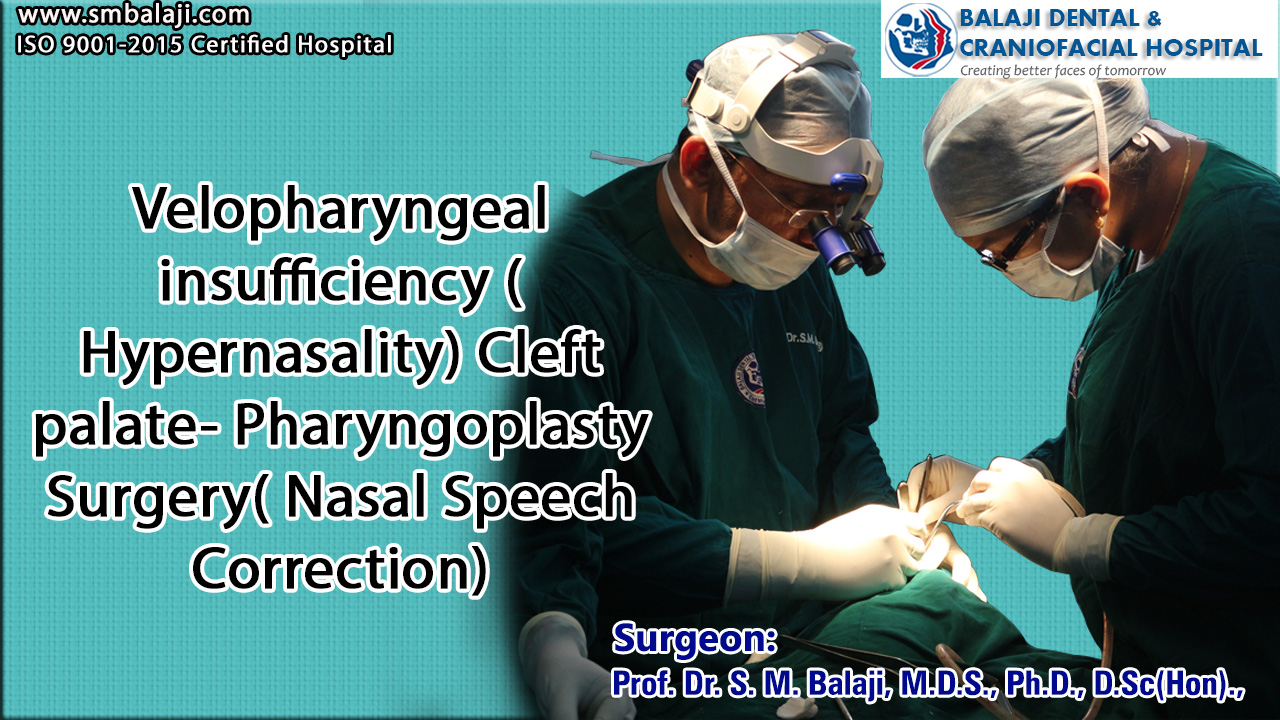 This young man had difficulty pronouncing certain words well and had a nasal twang to his voice. He had been born with a cleft lip and palate and had undergone repair as an infant. He had subsequently developed velopharyngeal incompetence, where there is escape of air through the nose during speech.

He presented at Balaji Dental and Craniofacial Hospital, Teynampet, Chennai for correction of his problem. Dr. S. M. Balaji, Cranio-Maxillofacial Surgeon, examined him and explained to him that he needed a pharyngoplasty surgery for correction of his problem. The patient was in agreement with this and was scheduled for surgery. The aim of this surgery is to create a dynamic sphincter in the pharynx by repositioning the palatopharyngeus muscles.

The patient was taken to the operating room and underwent general anesthesia without complications. Incisions were made to release the posterior faucial pillars, including the palatopharyngeus muscles, which were then crisscrossed and sutured together on the posterior pharyngeal wall to form a sphincter leaving a small opening or “port” for breathing through the nose. A positive suction test was performed after completion of the surgery and showed new dynamic velopharyngeal sphincter action indicating successful correction of velopharyngeal incompetence. The patient recovered from general anesthesia without complications.